Rate this article and enter to win

E-cigarettes are surrounded by a lot of controversy. They’re often billed as the “safer” alternative to traditional tobacco cigarettes. But are e-cigarettes really as safe as the companies who sell them would have you believe? The research is ongoing, but here’s what we know so far.

Chemicals, vaping, and what’s really going into your body

Scientists are still uncovering how chemicals in e-cigarette vapor affect your body. “Some studies have found things like heavy metals, formaldehyde (an embalming agent), and acrolein (a weed killer) in vapor emissions,” says Dr. Andrew Hyland, chair of the Department of Health Behavior at Roswell Park Comprehensive Cancer Center.

Researchers know vaping exposes you to toxic chemicals. Granted, you’re already exposed to some of them in your daily life, but that doesn’t mean they’re safe to inhale. Researchers are still learning how the amount that you’re exposed to through vaping might impact your health down the road.

Here’s what we do know about the chemicals commonly found in e-cigarettes:

“Anything with nicotine has the potential to become addictive to the user,” Dr. Hyland says. This is especially true for products you inhale, since they deliver nicotine to the brain quickly. The more you vape (as you become addicted), the more you are exposed to the other harmful chemicals found in e-cigs. “Nicotine doesn’t cause most of the health problems directly, but it creates addiction to keep users coming back,” says Dr. Hyland.

The key word there is most—nicotine has been found to have some harmful effects on its own, especially if you’re under 25. “We know that the brain doesn’t fully develop until the early 20s, and while it’s developing it is particularly sensitive to nicotine and other drugs,” says Dr. Hyland. Nicotine use has been linked to incomplete development of the brain, especially in areas that control attention and learning, impulse control, and even mood, according to NIDA. 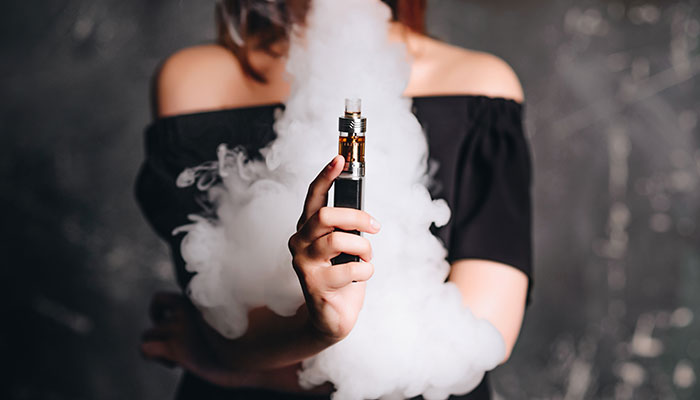 What it all means

The bottom line: Even though some experts agree that vaping is a healthier alternative to smoking traditional tobacco cigarettes, that doesn’t mean it’s healthy. “Vaping is almost certainly safer than smoking cigarettes, but vaping is not safe,” Dr. Hyland emphasizes. When you vape, you breathe in chemicals proven to be harmful—and open yourself up to long-term health risks that researchers are still exploring.

If you’re hooked, there are plenty of resources that can help you kick the habit, including free, personalized counseling. Check out the “Get help or find out more” section below.

The facts on e-cigarette use: Surgeon General

How to quit vaping: Truth Initiative

Everything you need to know about vaping, juuling, and cigarettes: CampusWell

American Cancer Society. (2019, June 19). What do we know about e-cigarettes? Retrieved from https://www.cancer.org/cancer/cancer-causes/tobacco-and-cancer/e-cigarettes.html

Centers for Disease Control and Prevention. (2019, February 4). Current cigarette smoking among adults in the United States. Retrieved from https://www.cdc.gov/tobacco/data_statistics/fact_sheets/adult_data/cig_smoking/index.htm

National Institute on Drug Abuse. (2019, May). 2018 monitoring the future survey. Retrieved from https://www.drugabuse.gov/related-topics/trends-statistics/monitoring-future

National Institute on Drug Abuse. (2018, June). What are electronic cigarettes? Retrieved from https://www.drugabuse.gov/publications/drugfacts/electronic-cigarettes-e-cigarettes

Stuck-Girard, C., & Mackenzie, M. (2019, January 23). Smoking Q&A: What do we know about vaping, juuling, and cigarettes? CampusWell. Retrieved from https://campuswell.com/new-smoking-scene/

US Department of Health and Human Services. (2019). Know the risks: E-cigarettes and young people. Retrieved from https://e-cigarettes.surgeongeneral.gov/knowtherisks.html 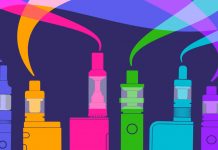 Smoking Q&A: What do we know about vaping, juuling, and cigarettes? 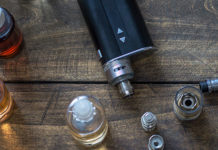 5 things you didn’t know about vaping